If you're a mechanic, you'll instantly see the value in these wrenches. Build quality is on-par with the big boys, and the ergonomics are spot-on.

If you’ve ever had to get underneath a truck to change out some shocks or even replace brakes, having nice set of ratcheting wrenches is a godsend. For mechanics who use wrenches, the new generation of ratcheting models is adding some convenience features that simply weren’t found in past generations of tools. The GearWrench 120XP Universal Spline XL ratcheting wrenches add resolution, better visibility, and the slightly more reliable spline drive.

GearWrench falls under the Apex Tool Group as one of their higher end hand tool brands. While the GearWrench 120XP ratcheting line isn’t new, four new kits came to market which make adding a set to your tool box all that much easier. When GearWrench offered to send us a kit, we agreed to take a look and test them out on various shop projects. We’d already ben impressed with the GearWrench 120XP 3-Degree Arc ratchet, so their spline ratcheting wrenches gave us high hopes.

The thing about wrenches, though, is that you’re dealing with a number of considerations—from design and build quality, to cost and method of sale. For the GearWrench 120XP line, these sets are available at a reasonable price and offer a design that the company has put all its “eggs” into. When it comes to ratcheting wrenches, GearWrench doesn’t mess around. 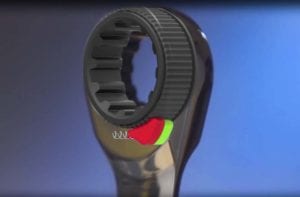 Before we get too far, it’s good to point out what makes these ratcheting wrenches different. The GearWrench design is nonlaminated, meaning the ratchet mechanism is housed within a solid body and not sandwiches between layers. For anyone who’s used the old Craftsman offset ratchet wrenches—you’ll know what I’m referring to. GearWrench 120XP Universal Spline XL ratcheting wrenches work using a tight 3-degree arc. This is made possible through the use of a pair of stacked pawls that interact in an alternating fashion to effectively double the resolution of the ratcheting mechanism. They also have a narrow ratchet-end width and thickness (truly noticeable on the larger sizes), allowing technicians to reach fasteners in tight clearance situations.

The GearWrench 120XP Universal Spline XL ratcheting wrenches feature a longer handle, so you get additional reach when you’re working in cramped spaces. Both the box end and open end have rather narrow profiles as well, giving you all the leverage you need without the overhead.

These wrenches have the GearWrench Dual Direction Surface Drive which is a non-flat profile that grips bolts and nuts more securely and helps reduce both slipping and rounding. In our testing it did just that, and the grip was noticeably secure without making bolts and nuts tough to grab. 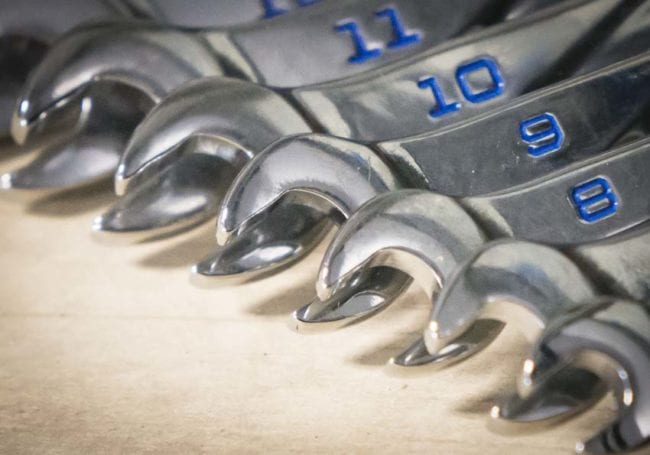 Even though these GearWrench wrenches use a universal spline drive, they’re also compatible with 12-point, 6-point, e-torx, square, and rounded 6-point nuts and bolts. Basically, they’ll work on anything—and they’ll hold really well. I love the bold blue recessed metric markings on these wrenches, too—you don’t spend any time trying to locate the right wrench for the job. 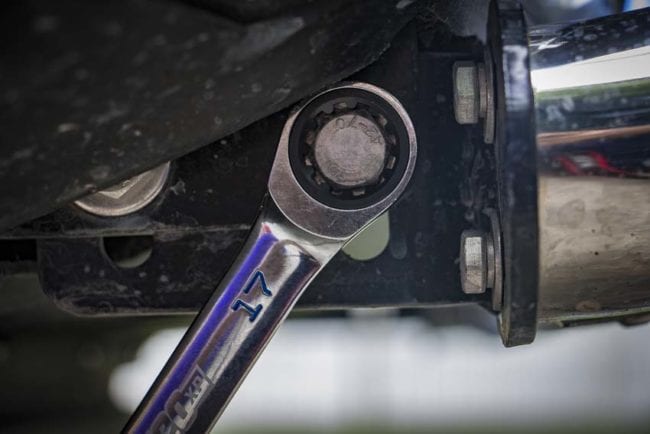 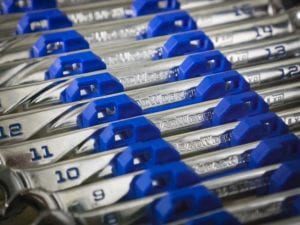 In terms of strength, the GearWrench 120XP Universal Spline XL ratcheting wrenches meet or exceed ASME performance requirements. ASME (the American Society of Mechanical Engineers) specs design and grip, material composition, legibility of markings, and hardness (minimum of 38 to 55 HRC for the housing of the ratchet, the ratchet mechanism, and wrench openings). They also spec desired torque (from 100 to 2,120 ft-lbs depending upon the wrench size), wrench opening design, finish/plating, mandrels, ratchet mechanism, and cycle testing.

You can also get the GearWrench 120XP Universal Spline XL sets in the following configurations:

Storage for the wrenches is via an included plastic V-rack with angled tray slots. It fits neatly in a 2-inch drawer, and, while you can’t easily pick up the rack without capsizing your wrenches, it does work well for tool box storage and retrieval. Normally you toss the plastic lid, but we kept ours on in case we wanted to bring the wrenches with us from one location to another. 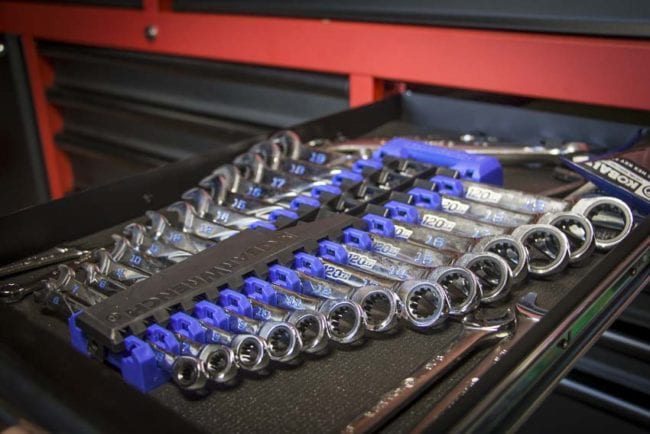 I used the GearWrench 120XP Universal Spline XL ratcheting wrenches to install a LUND nerf bar and also to crank down a bull bar to greater than 150 ft-lbs. In all my use of the tools I noticed absolutely no flaking of the chrome. We were also unable to break the ratchets, despite some pretty heavy duty use under the hood. 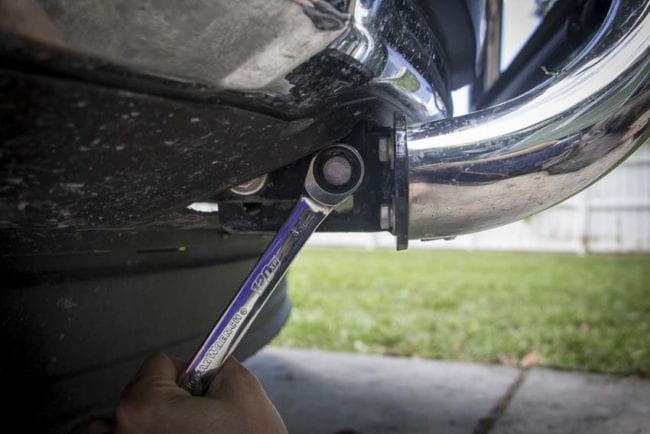 We’ve seen this particular 14-piece kit for less than $175 online, making it a great buy for both the professional or home mechanic wanting to beef up their capabilities. If you work on cars with any regularity, you want these ratcheting wrenches in your tool chest.

Ratcheting Wrench Sets: Why Everyone Loves Them