The MAC Tools BWP151 has plenty of power on the top end, but is a little slow getting off the line. Even still, this Made In The USA impact wrench is sure to make plenty of tradesmen happy.

If you’ve been keeping up with the site for the past few weeks, you’ve probably found that we’ve had a bunch of fun with high torque impact wrenches. But, it wasn’t just us messing around with power tools for the sake of a good time. We’re consummate professionals over here, and of course, we had a great reason for all our screwing around with these wrenches. If you don’t believe me, go ahead and check my proof: our Best Cordless Impact Wrench Shootout.

Anyway, this week, we’re taking a closer look at one of the contestants, the MAC Tools BWP151-M2. As a tool truck brand, a lot of mechanics probably have at least a few MAC tools in their toolbox. By most accounts, they make a good tool. And, in our shootout, this impact wrench finished off the competition in the middle of the pack at a hard 5th place. Definitely not short on torque, the BWP151 had a few things going for it that were helpful additions. However, this wrench fell a little short in some key areas that, ultimately, kept it from finishing any higher than it did. So, let’s take a look at some of the finer points of the Mac Tools’ entry into the cordless impact wrench arena to see what went right and what went wrong.

While most manufacturers and testers use the Skidmore Wilhelm method for validating torque ratings, we wanted to find a better way to demonstrate raw power. So, we came up with a rig that leveled the playing field for these impact wrenches, and then we validated our results using our Proto 6232 torque multiplier with a digital torque wrench. 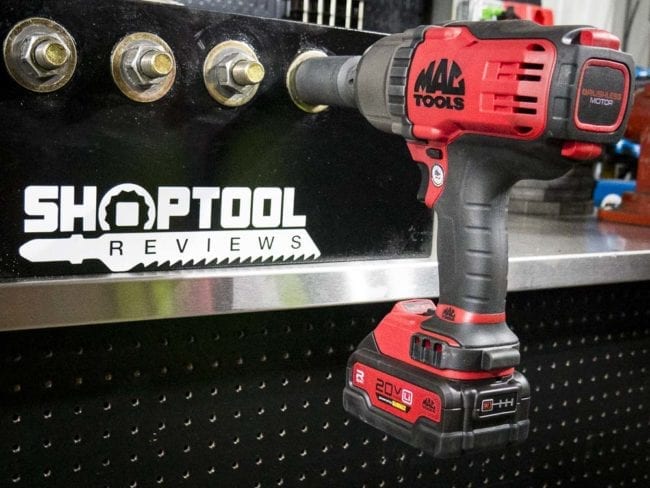 For our torque testing, we took the winner and measured everything else against the performance of that tool. The 2nd gen Milwaukee impact wrench finished out our power testing in first place, therefore, we ranked that wrench at 100%. By comparison, the MAC Tools BWP151-M2 was capable of 91% of the torque that our winner was.

The MAC Tools BWP151-M2 has a variable speed setting, which allows for 3 different speeds. It also has a brushless motor, which you might not think would be a huge selling point these days. You’d be surprised though, as some of the wrenches we looked at were still equipped with brushed motors.

Like the MAC Tools’ cousin, the DeWalt DCF899P2, this product was made in the USA (with global products). In fact, these two tools are so remarkably similar that, not only are they specced out almost exactly the same, the BWP151-M2 uses rebranded DeWalt batteries. Of course, this stands to reason as both companies operate under the Stanley Black & Decker parent company. 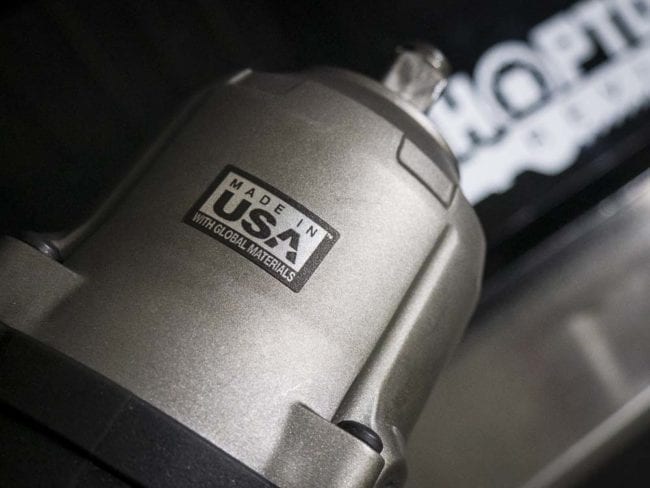 The BWP151-M2 also features a really functional work light.  While this feature does make an appearance on most of the models we tested, we really liked this one for its placement. Instead of being located near the tool’s head, MAC Tools designed this wrench with the light toward the bottom of the handle. This means that your hand won’t likely get in the way of your work being lit. 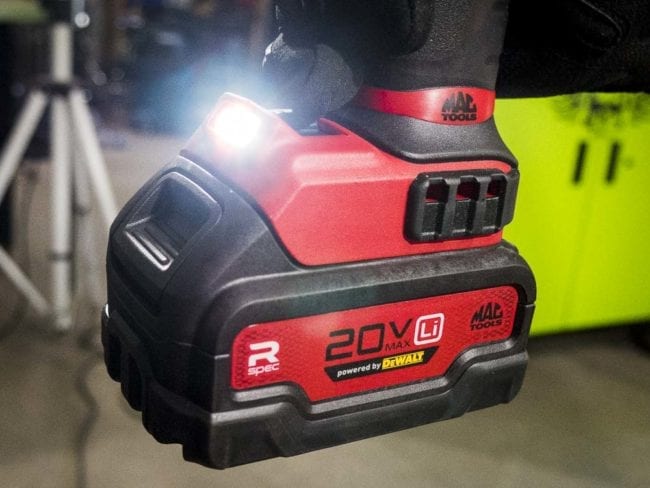 The MAC Tools BWP151-M2 took a hit in our functionality ratings based on its slow speed test results. The gun lagged when we pulled the trigger, which we thought was strange, and ultimately slowed down our operations. We noticed that vibrations seemed to affect the battery connection from time to time. Perhaps those two issues are correlative? 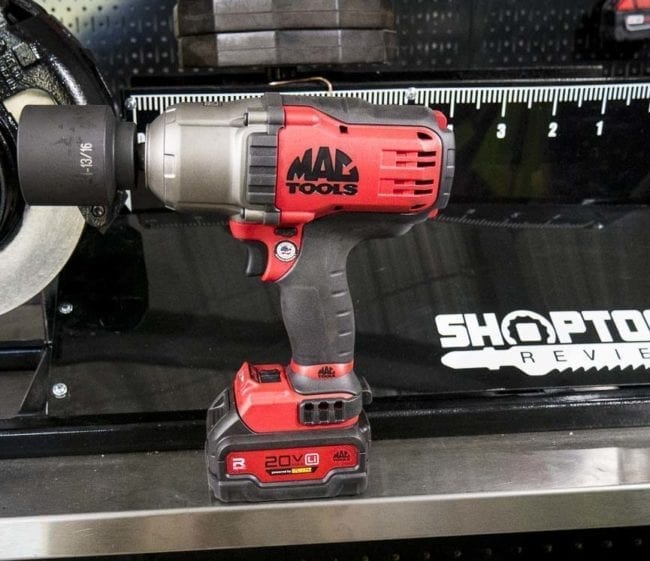 The other main issue, and sort of the downside to being so closely related to the DeWalt model, comes down to the MAC’s value rating. The problem is that, because both guns are so similar, yet so disproportionately priced, the perceived value of the MAC Tools model, at $569, goes way down. Conversely, the value of the DeWalt brand, at $349, seems too good to pass up. Couple that issue with the fact that the MAC Tools model can only be purchased from the tool truck or the MAC Tools website. When the DeWalt product performs marginally better, without the weird lag and vibration issues, and when it can be picked up from just about any pro tool retailer at a fraction of the cost of the MAC Tools impact wrench, the question becomes, “why bother with the BWP151-M2?”

While the MAC Tools BWP151-M2 provides the adequate torque to get most heavy-duty applications taken care of, there seems to be some squirreliness surrounding the start-up that works against the tool and slows it down. There is also the major issue surrounding MAC’s accessibility, as well as their pricing structure, that needs some serious rethinking.

Beyond that, there are a few features that we did like about the BWP151-M2 that warrant acknowledgment. We really liked the work light, which lit the workspace without running into places where we might place our hands.  The brushless motor and the variable speed settings were also nice touches that not every manufacturer in our shootout included with their product.