If you get a charge from seeing how the other half lives, you’ll enjoy this series we’re starting: Celebrity Car Show-Off. In this series, we’ll take a look at one car from some famous person’s stable of ridiculous automobiles. Today, we’re looking at Jay-Z’s Maybach Exelero.

The History of the Maybach Exelero

Back in 2003, Fulda, the German division of Goodyear, commissioned Mercedes to create a concept car to test its new high-performance tire range on. These new, wide tires, known as the Carat Exelero line, needed to be able to stand up to a lot of weight and a lot of speed; Fulda wanted to test the physical limits of the Exelero tires, so they wanted the concept car built on the Maybach 57 platform, and they needed the car to reach speeds in excess of 217 mph.

Mercedes took on the project, tasking its super luxury line, Maybach, with the creation of this concept. In 2005, they came up with a one-off model that had an exceptionally long, aerodynamic body shape. We think this 2-seater coupe speedster looks like it jumped straight out of the Batman Animated Series cartoons (in a good way). And, what’s more, the finished product weighed in at a hefty 2.6 tons. Reaching a top speed of 218.3 mph, the Maybach Exelero actually broke a speed record for a luxury limo on street tires. By all accounts, the concept car verified the integrity of the 23″ Exelero tires, and the one Maybach Exelero had achieved its purpose in life. 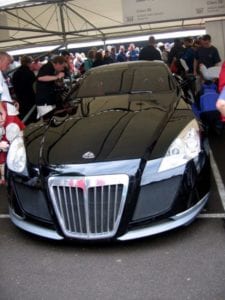 Originally a one-off, it comes as no surprise that the Maybach Exelero is one of those super rare cars that very few of even the stupid-rich will get their hands on.  Jay-Z, worth an approximate 550 million dollars, definitely fits that description.

The rap icon plunked down $8 million dollars on this car that, at this point, is one of approximately 12 in the world (the exact number of Exeleros is not known, as the cars are built and sold in confidence to keep them rare and valuable). 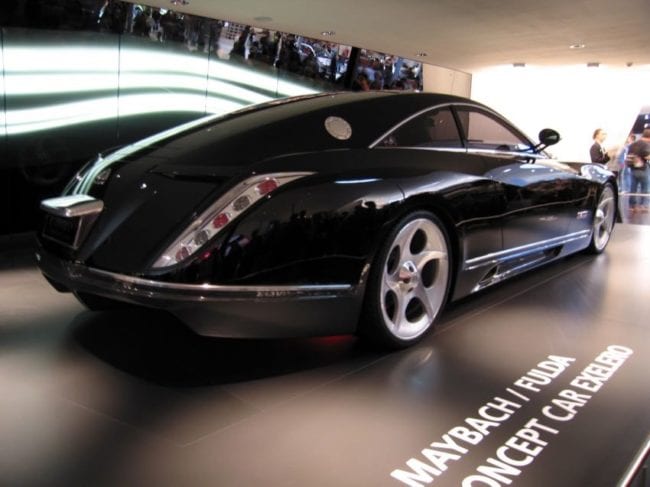 For anyone curious to see Jay-Z’s Maybach Exelero in action, he featured the car in his video for “Lost One.”