If you like your circular saws a little on the compact side, check out the Makita XSH04 Sub Compact Circular Saw. Running off of Makita’s 18V LXT battery platform, this circular saw has the sort of size and weight you might expect from a 12-volt model.

Makita basically built the XSH04 for both comfort and speed. That’s right, this 6-1/2″ saw weighs in at a mere 6.4 lbs with the 2.0Ah battery attached. It has a 2-1/4″ cutting capacity and comes with a brushless motor that cranks out 5,000 RPM. 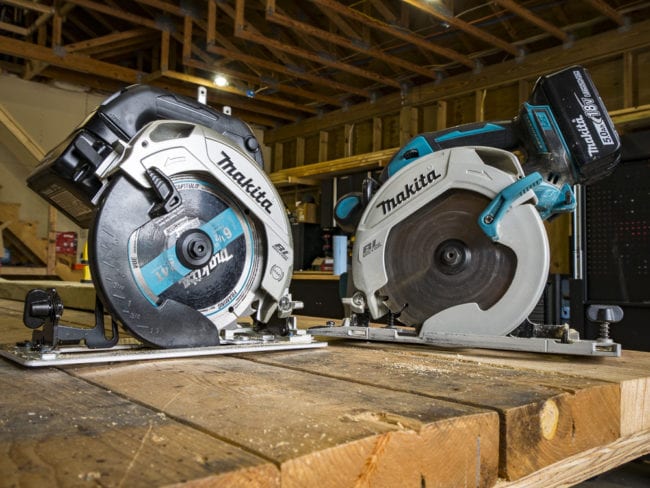 As a matter of fact, the Makita XSH04 Sub Compact Circular Saw puts out the same type of performance and speed as the XSH03, but does it while carrying around slightly less weight.

How Does The Makita XSH04 Perform?

We tried to give the XSH04 a good workout by running it through a few 2 x 12 PT boards. Not unlike any of the other Makita circ saws we’ve tested, this one cuts smooth, even with the stock blade. Vibration control has generally been something that Makita has excelled at, and this model holds pretty true to form. 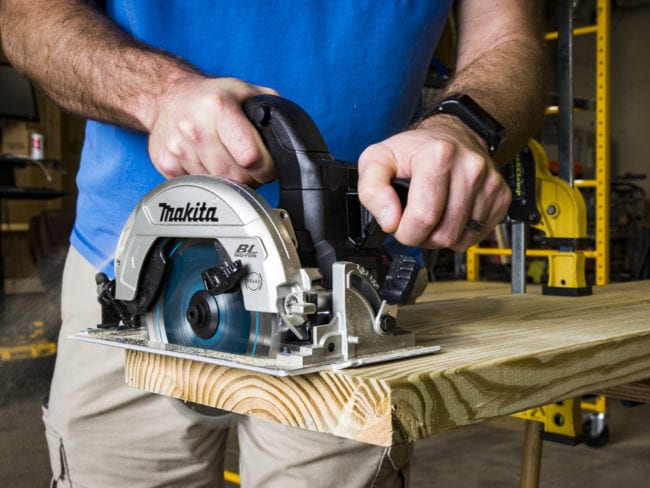 While the Makita XSH04 Sub Compact Circular Saw does carry the same specs as the XSH03, we wonder if this saw doesn’t sacrifice a bit of quality to cut weight. Rather than using magnesium for all the major body parts, the XSH04 incorporates a plastic blade guard and aluminum base. It still carries the magnesium safety cover, however. 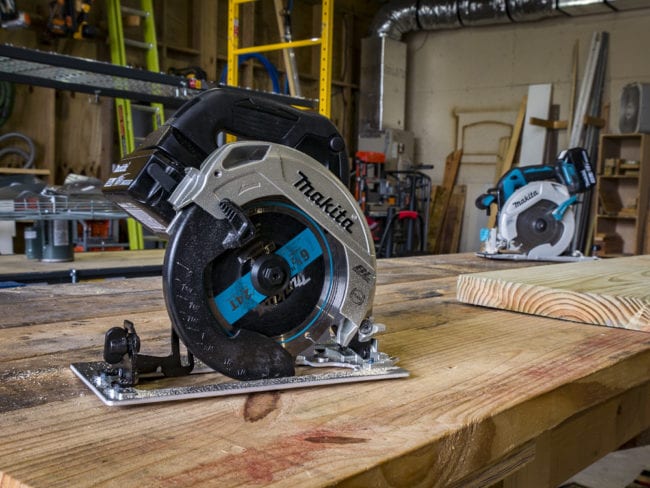 We also noticed a little bit of jiggle in the depth and bevel adjustments. All the components here have been designed with metal parts, so there’s really no cause for alarm, but it could be a little bit of a tighter ship, if you ask us.

The Makita XSH04 Sub Compact Circular Saw retails at $179 for the bare tool. Incidentally, this is the same price as the slightly larger XSH03 that has a slightly better build quality. The differences between the two models, from a performance standpoint, are pretty much identical. So, the decision between these two really comes down to preference. If you prefer a heartier build and a huskier frame, the XSH03 might be the circ saw for you. But, if you’re less concerned about a little bit of cheaper build, and you prefer a lighter frame, check out the XSH04.